Horse’s death after cruel TV stunt is in spotlight. But life is no better for other ex-racehorses 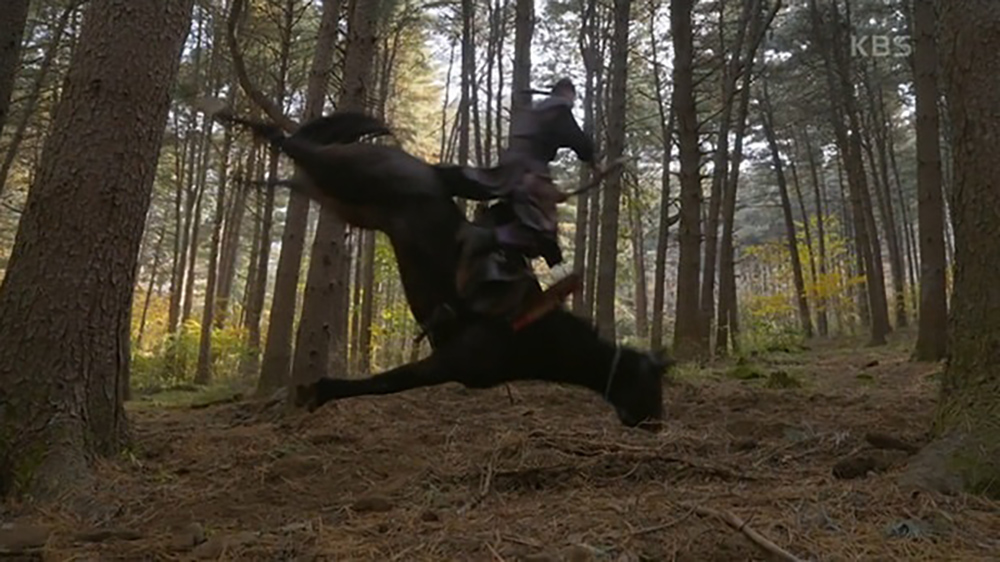 Note: Although this article mentions common Korean practices for racehorses, Australian racehorses are similarly discarded by the racing industry and many are sent for slaughter when their usefulness ends. See our Life after racing page for more information.

The death of a retired racehorse who tripped for a TV drama scene has erupted a public outcry over animal cruelty in South Korea. But the life of other former racehorses is not any better, according to animal rights groups.

“The average life span of a horse is approximately 25 years, but racehorses generally retire at the age of 8, which is when they can no longer win races, after enjoying their heyday at ages 2-5. Those which get injured are kicked out of racetracks a little earlier,” said an official at the Korean Animal Welfare Association.

The ex-racers are then sold to new owners, either for tourist businesses like horseback riding programs on the southern resort island of Jeju or for breeding purposes.

“But the majority of them are eventually slaughtered,” when they are no longer profitable, the official added.

According to the non-profit organization, an average of 1,400 thoroughbreds, a horse breed best known for its use in racing, were retired each year from 2016-2020.

Almost half of them were killed for meat. About 40 percent were reportedly used for breeding or recreational purposes such as horseback riding programs. It’s unknown where the remaining 10 percent of the horses ended up as their new owners didn’t report the purpose of their purchase of the horses to the Korean Racing Authority, the state-run equestrian company.

The KRA had introduced guidelines to advise breeders to reveal their purpose of owning horses, but they’re not legally binding.

Amid lax oversight, between 2016-2020 the proportion of horses sold for reasons unknown increased from 5 percent to 22.5 percent of the total 7,000 ex-racehorses, according to Rep. Wi Seong-gon of the ruling Democratic Party, quoting data from the KRA.

In 2019, PETA Asia, the Asian affiliate of international animal rights organization People for the Ethical Treatment of Animals, disclosed video footage of more than 20 horses being beaten in the face with sticks and getting stunned and slaughtered in front of other horses at an abattoir in Aewol-eup, Jeju Island. 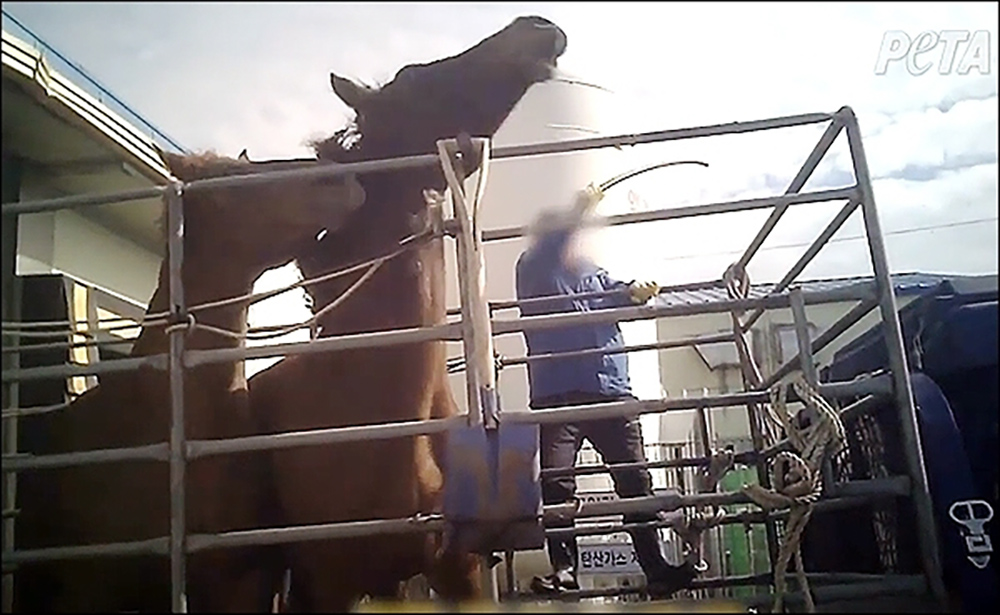 A screenshot of a video filmed in 2018 by PETA Asia, in which a retired race horse was illegally slaughtered. credit: PETA Asia

Some retired horses end up being used as props for TV or film productions, as seen in the latest controversy surrounding KBS’ historical drama series “The King of Tears, Lee Bang-won.”

The TV station is under growing pressure to cancel the series, since the Korean Animal Welfare Association last week disclosed footage that shows the cruel method used to bring the horse to the ground for a scene.

In the footage, a dark-brown horse runs at full-speed with a rope tied to one of its back legs and falls violently to the ground when the filming crew pulls the rope.

The horse eventually died a week after the shooting that took place in November last year. It was turned out to be a former racehorse nicknamed “Kami,” aged 6 and recently retired from racing.

The accident led to calls for better treatment of racehorses in Korea, particularly aimed at the KRA, which is the sole horseracing authority in the country.

“The KRA has posted annual sales of about 8 trillion won through its horse racing events. Considering a substantial profit from taking advantage of horses, the organization should come up with measures to provide a lifeline for ex-racehorses and neglected thoroughbreds such as building facilities that provide long term care,” said Kim Ran-young, an animal rights activist on Jeju Island.