The Greens have unveiled a sweeping plan to shut down horse racing in Australia as millions celebrate Melbourne Cup day across the country. 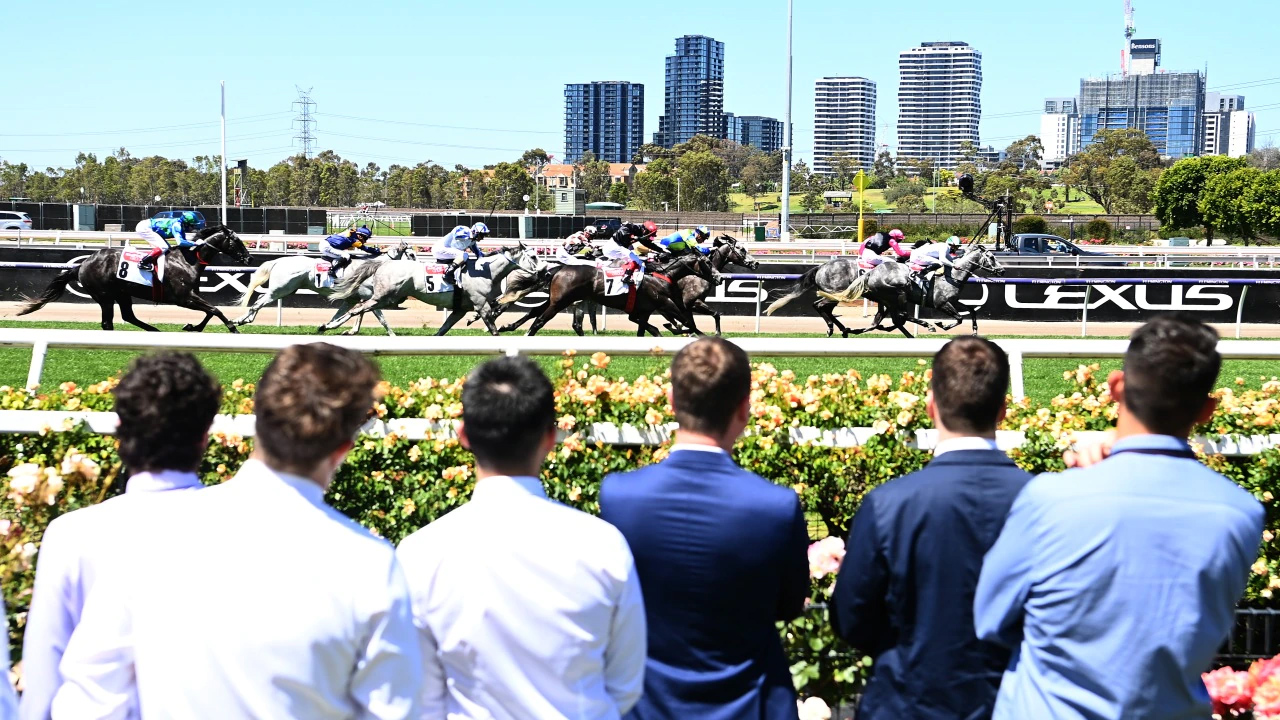 The Greens have announced a “transition” plan to shut down commercial horse racing in Australia – with Greens Senator Mehreen Faruqi labelling the sport “deadly, inhumane and incompatible with animal welfare”.

A two-step plan has been laid out by the Greens involving a horse betting levy to fund the takedown of the industry and the creation of a Horse Racing Transition Taskforce.

“We know that the horse racing industry cannot be fixed – it must be shut down,”

“We know that the horse racing industry cannot be fixed – it must be shut down,” The Greens said on their website.

The party also doubled down on the “growing power and influence” of the gambling industry and claimed an “overwhelming majority” of people were actively concerned about animal welfare. 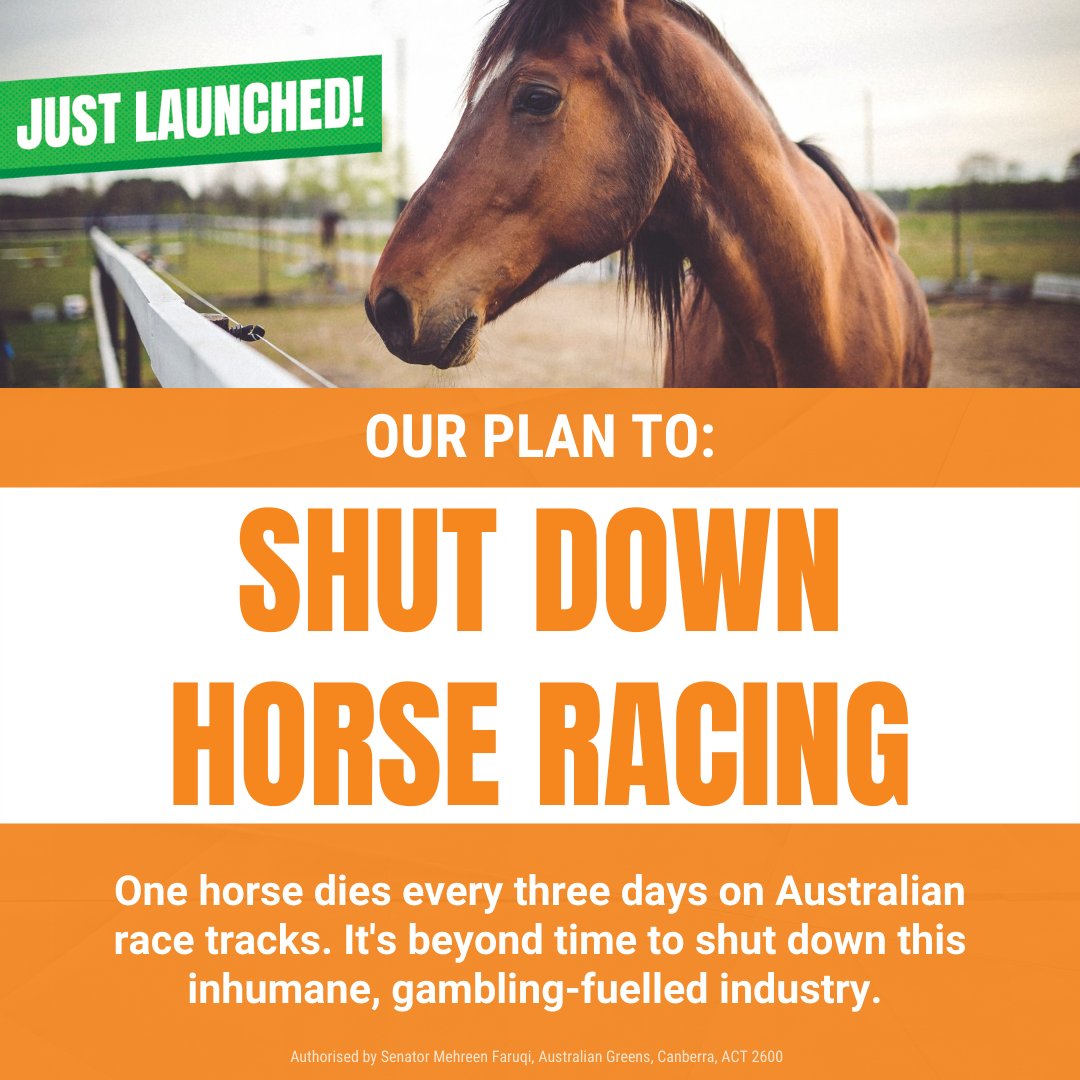 To shut down commercial horse racing in Australia, the Greens have a clear Horse Racing Transition Plan.

After years of exposes on the cruelty of the horse racing industry, growing concerns about the power & influence of the gambling industry, and an overwhelming majority of people actively concerned about animal welfare, the Greens say it is beyond time to shut this industry down.

The taskforce would plan key aspects of the shutdown such as the national ban on horse racing, turning racing facilities into green spaces and finding new jobs for workers in the industry.

The rehabilitation and rehoming of horses and introduction of a one per cent betting levy to fund the transition would also be organised by the task force.

Revenue gained through the levy is expected to reach $494 million over two years and would be used to fund the transition.

It comes as multiple animal rights groups organised protest action around Melbourne Cup day with some charging the gate into Flemington racecourse on Tuesday morning.

The famous race has been targeted for years by animal rights advocates who believe horses involved in the sport are treated cruelly. 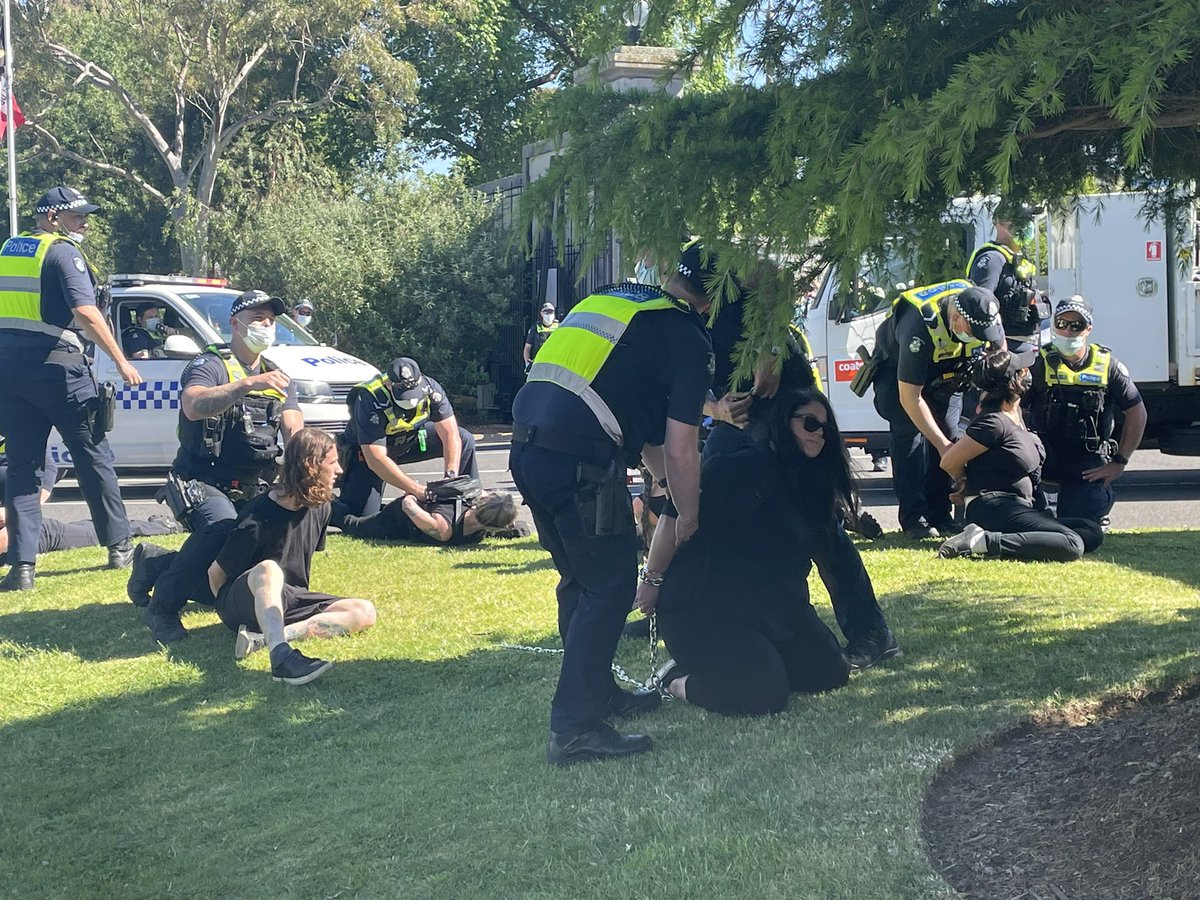 Storming of the gate by Melbourne cup protestors

During the last racing year from August 1,2020 to July 31, 2021 the Coalition for the Protection of Racehorses reported 149 horses died on Australian racetracks.

This is equivalent to more than one horse dying every three days.

The Greens and animal activists have zoned in on these statistics and called for the industry to be shut down.

Greens Senator Mehren Faruqi has backed an online ‘Dup to the Cup’ rally at 2:45pm on Tuesday which will host speakers demanding an end to the industry.

“Horse cruelty doesn’t only occur on Melbourne Cup day. It’s systemic, institutional, and built into the business model of this toxic industry,” Ms Faruqi said in an OpEd.

Apprehended at the gate

“That’s why today, on Cup day, the Greens have announced a transition plan that would shut down commercial horse racing in Australia.

“Today, many thousands of people across the country will be saying ‘nup’ to the Cup and I am one of them.”

The Greens have strongly advocated for bans against multiple racing industries with a push for banning greyhound racing also introduced by the Greens party in Victoria.