Research has found that horses experience as much pain from whipping as humans. 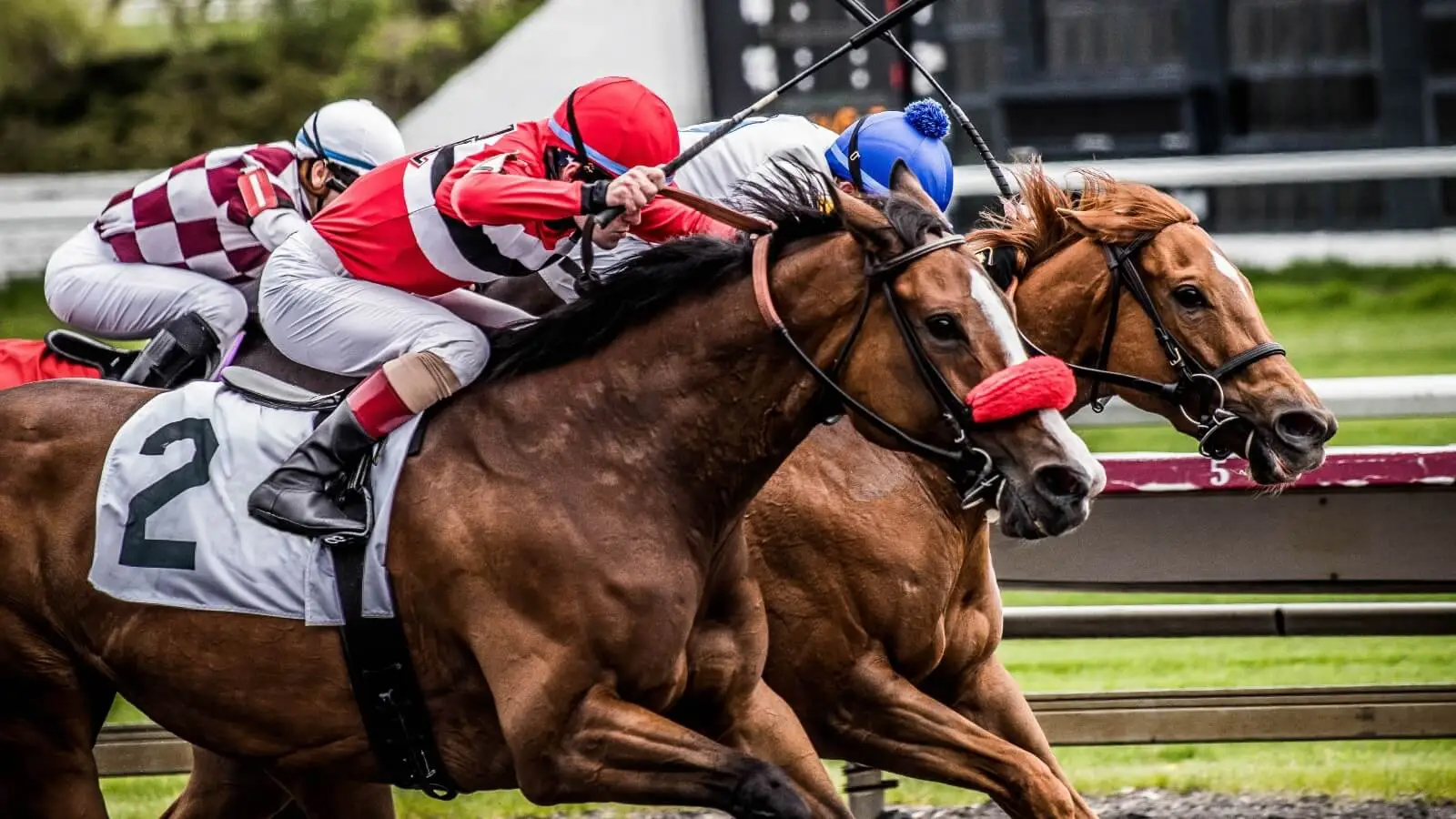 People for the Ethical Treatment of Animals (PETA) has filed 14 charges against the state’s racing body, Tasracing, and a jockey who competed in two races at Mowbray in Launceston in 2019.

PETA Australia alleges that the whipping of horses on Tasmanian racecourses constitutes as animal cruelty under the state’s Animal Welfare Act 1993.

The Australian Rules of Racing state that jockeys can whip horses up to five times in non-consecutive strides prior to the final 100 meters. Then, riders can legally whip their horses an unlimited number of times during the final stretch.

However, Tasmania’s animal welfare laws dictate that beating an animal and causing an unreasonable and unjustifiable pain or suffering is illegal.

Therefore, whipping practices permitted by Australian racing rules violate Tasmania’s own laws, PETA says. This means whipping should be banned across the state, the organization concludes.

“PETA Australia believes that striking a horse on a racetrack is a criminal offence in many Australian states and territories,” PETA Senior Vice President Kathy Guillermo said in a statement. “But tracks Down Under aren’t voluntarily restricting whipping, as many in the US are.”

A study published last year concluded that horses experience just as much pain from whipping as humans. The study was published in the peer-reviewed journal Animals, and is thought to be the first of its kind.

“Although horse skin is thicker overall than human skin, the part of the skin that is thicker does not insulate them from pain that is generated during a whip strike,” the research reads, “and that humans and horses have the equivalent basic anatomic structures to detect pain in the skin.”

Paul McGreevy, the Professor of Animal Behaviour and Animal Welfare Science at the University of Sydney, led the study.

“Our conclusions are that we need to accept that the physical capacity of horses to accept pain is clear,” McGreevy told ABC News.

In another paper, McGreevy compared the performance of horses in whipping-permitted races and whipping-free races.

“We found no significant difference to the movement of horses to the left or right across the course, the safety of jockeys and even the finishing times of races,” he said.

“There is nothing reasonable or justifiable about whipping a horse relentlessly to the finish line of a race in which are forced to take part,” said Bekhechi. “Horses experience complex emotions and don’t want to feel pain. They deserve the same level of consideration in law as the dogs and cats with whom we share our homes.”

PETA isn’t alone in its efforts to ban whipping during horse races.

Racing Victoria, the governing body of thoroughbred horse racing in the state, opposes the practice. Last year, the body stated that the standard whipping rules are ‘no longer appropriate’ and should be amended.

Ultimately, it is pushing for the industry to prohibit whipping altogether, for all ‘purposes other than to protect the safety of horses and jockeys’, Racing Victoria said.

The organization added that Australia’s slow uptake on updating the laws has left the country ‘lagging behind many other leading international racing jurisdictions’.