Harness racing as we know it today was introduced into Australia in the 1920s. It involves standard-bred horses pulling light carriages, called 'sulkies' behind them. 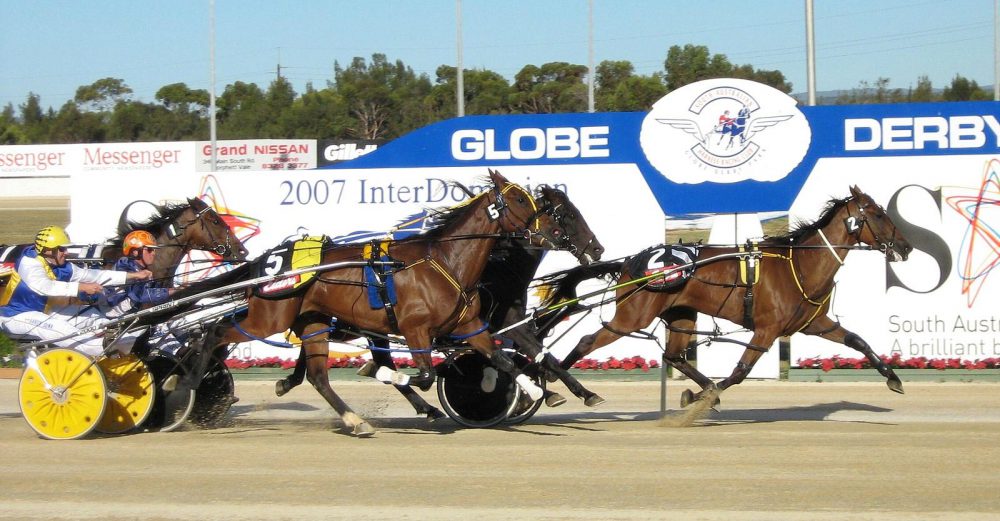 A jockey sits on the sulky and races the horse in either a trotting or pacing event. Horses are trained for either of these styles of racing. Trotters run with their diagonal legs moving at the same time, whereas pacers legs move at the same time on the same side of their body.

This form of racing is on a slight decline in popularity for spectators. It does not attract the same attention as flat races, however the horses are exploited in a similar manner and await the same fate after their racing career is over.

Next: The life of a racehorse